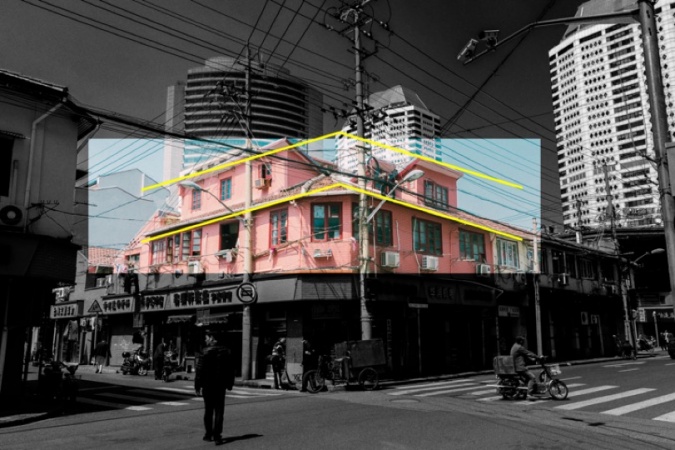 Launched by RAM, “Khek Dhang Ke” is a long-term platform with a focus on the vicissitudes of the communities and locals in the Bund area. In collaboration with educators, artists, scholars, architects and curators of various backgrounds, we have set up a series of research to delve into the Bund area through regular info exchanges, resource sharing and co-organized public programmes. Derived from local Shanghainese dialect, “Khet Dhang Ke” means the “living room”. Through the establishment of such a platform for cultural exchanges, we hope to foster intimate connections among residents and local groups of communities in the Bund area to enhance and enrich mutual understanding and communication.

As a starting point in the development of modern Shanghai, the Bund has remained an important witness to the vicissitudes of this city. It has always been recognized as a landmark and popular tourist destination of Shanghai. However, we seek to locate what lies behind this dichotomous locality of traditional European buildings and the transformation effected by commercial development and massive population shift caused by the changes of time. Today with the rapid pace of internet technology, people are becoming increasingly distanced from the environment they live in as well as the people around them. Anthropologist Xiang Biao proposed the notion of the “vanishing vicinity”, pointing out the widening gap between people and their surrounding environment. While life becomes increasingly constructed by data and network, we are gradually detached from what was and is actually happening around us. As a non-profit academic institution located on the Bund, we are committed to archive, research and preserve the history and culture of the region. Through the research and programmes of “Khek Dhang Ke”, we want to establish records of the local people and stories in the area that are fading away with the process of urban development. We plan to build an archive pertinent to this area by paying close attention to the people living and working in our vicinity.

“Khek Dhang Ke” has established long-term collaboration with “Urban Archaeo” since August of 2020 to conduct field investigation and literature review concerning the evolution of culture and history of the Bund area. The first phase of the collaboration will be a six-month survey focusing on the surrounding area of South Suzhou Road, East Yan’an Road, Henan Road and East No.1 Zhongshan Road. We will provide an emphasis on the life of local residents and the community to investigate the connections between them. It is worth mentioning here that grade one students of Tongji-Huangpu High School of Design & Innovation will participate in the project to learn the process of conducting field investigation within communities. With guidance of instructors, they will explore the narratives of Huqiu Road and its neighboring areas through their own interests.

“Khek Dhang Ke” will also initiate a collaboration with the artist Sun Dasi to collaborate with the local communities through music. (The word “intrude” makes it seem like she is going into a place univited and has a negative connotation.) A squad named “Visible Divine Air” (shen qi xian xing), led by Dasi, will launch a series of events including “Come to Drink”, “Come to Play” and “The More People The Crazier”, and invite people with interesting personal experiences and opinions who are connected with the Bund area to explore together, record personal stories that can be recreated together into a new form of music and lyric.

Expanding upon field investigations, we will launch “Khek Dhang Ke: Stories”, a print which will be published on a regular basis from November 2020. The print will be both a window for the public to gain insight into the project and a platform to present discoveries that have been made, such as anecdotes and findings of figures who will emerge during our field investigation. The series of issues will highlight the histories behind the architecture, previous and present changes taking place on the Bund area, and account the public activities organized by “Khek Dhang Ke”. Moreover, each issue of “Khek Dhang Ke: Stories” will feature a map of a focused area of our investigation. At the end of the investigation, all the maps of different areas will be integrated into a single map that can present a holistic image of the evolution of the Bund. Printed version of “Khek Dhang Ke: Stories” will be available at the RAM Station (No. 185, Yuanmingyuan Road), the Library of Royal Asiatic Society China (3F, The House of Roosevelt, 27 East No.1 Zhongshan Road) and the lobby of Tongji-Huangpu High School of Design & Innovation (No. 95, Huqiu Road). In addition, an e-version will be made accessible on the official WeChat account of “Khek Dhang Ke”.

Aside from the print that will share our progress with the interested public, “Khek Dhang Ke” will also curate a series of “Potluck Talks”, inviting local residents to share with people in a casual and relaxed atmosphere. Throughout the duration of the research and project, “Khek Dhang Ke” will also organize arts and cultural events in the form of conversations, lectures, film screenings, workshops and even music concerts to imbue greater vitality into the life of the local community. Please follow us on “Khek Dhang Ke” WeChat official account（客堂间KhekDhangKe）or through “Khek Dhang Ke: Stories” to find out about our latest and upcoming events.

Su Hang, Curator of the Shanghai Study Center, the University of Hong Kong

“Urban Archaeo” is a Shanghai-based independent research group that committed to expanding the diversity of art/knowledge production in urban culture through organized self-education, inspiring experiences, recordings and surveying, communicating and introspection. Developed and organized hundreds of “Citywalk” as well as lectures, publications, and documentaries that explore disappearing areas that convey neglected histories, “Urban Archaeo” motivates more people to participate in the promotion of the course of history within the context of urban life and historical scene.

If the world of mathematics is compared to blood vessel, then qi (which can be literally translated as air) as energy running through both the universe and human body can be seen as the warm and moving blood. “Visible Divine Air” (shen qi xian xing) is an art collective led by Sun Dasi, independent musician, theatre practitioner and art worker. “Visible Divine Air” manages to foster a very intimate connection with communities, and with the people they encounter they will discuss things such as the definition of “inspiration”, how to get it, how it works, how to transform “qi” in a mathematical way and present it as artwork, and the possibilities for folk tricks like “the more people the crazier” to become “high-brow”.