The building that houses the current Museum was originally the Royal Asiatic Society (RAS) building. Home to one of the first modern museums in China, the building was once the most influential venue for academic exchange and public education in the Far East.

The Royal Asiatic Society (RAS) was the home to one of the first modern museums in China; it was completed in 1932 by the architect George L. Wilson with its exquisite Art Deco spirit combining western and Chinese elements. In 2007, world-renowned architect David Chipperfield was commissioned to renovate the museum interior with simplicity, grace and functionality, infusing the historical architecture with the spirit and character of modern and contemporary art.
​

In 1874, under the support of the Shanghai Municipal Council (SMC), the North China Branch of the Royal Asiatic Society raised money from local community and built its first permanent venue on 20 Upper Yuen Ming Yuen Road (currently the Huqiu Road), a 2-floor building that had contained a library, a museum and a lecture hall. The Museum was also known as “Shanghai Museum”, with collecting natural specimens and cultural artifacts pertaining to China as its main tasks. In 1886, in recognition of the museum’s contribution to the development of local culture, the SMC decided to change the name of the street into “Museum Road”.
​ 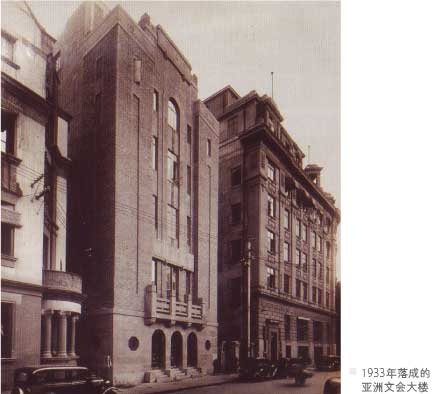