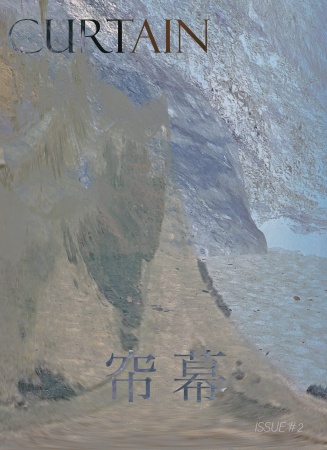 In 2004, Cheer Chen’s “Travel is Meaningful” spread through Sinophone airwaves, becoming one of the catchiest songs of the year among local youth. One might call Chen’s song a strikingly accurate portrait of modern tourism. Its lyrics mention “tasting a night in Paris,” “trekking through a snowy Beijing,” “burying memories of Turkey,” “lingering among pretty, unrealistic movie scenes” and “you left me to seek for a meaningful travel” —creating easily consumable images that satisfy listeners’ fantasies, and reinforcing the notion of travel as a way to get away from daily stresses and engage in self-reflection.

In the pre-Covid era, vacationing was a staple of the petit bourgeoisie—a kind of “spice” that every life needed. Based on the Ministry of Culture and Tourism’s Basic Situation of the 2019 Tourism Market, in last year, there were 6 billion instances of travel and tourism, an 8.4% increase from 2018, and 155 million instances of Chinese citizens engaging in tourism outside of the country, a 3.3% increase from 2018. Meanwhile, the widespread use of smartphones and social media has encouraged mobile populations to create and circulate images; these images have reshaped people’s visual experiences, as well as the ways they form certain convictions and narratives. In addition to focus on travel for vacation, research and discussion about travel touches on broader topics, like religious pilgrimage, imperial expansion, political refugees, economic migrants, migrant laborers, anthropologists and field work, scientific explorations, and VR tourism. This Issue primarily focuses on the construction of self and imagination of other during cultural exchange, conflict, influence and change brought about by population mobility or virtual movement; the discussion includes questions of why humans move, their motives for creating pictures/images, the relationship between the subject and object of the gaze, the self-objectification of the bearer of the gaze, the many ideological forms that visual symbols take, the mutation and hybridization of textual motifs, and the philosophy of tourists.

We have invited eight speakers and contributors both from and beyond China to engage in discussion. Khairulddin Wahab has expanded on his long-term photo series, “Native Malay in Lanscapes”(2014-) adding a fictional writing project, Go West, young man. Half travel diary, half argumentative essay, it is filled with instances of “collective phantasm,” presenting a half-real, half-fake plot and scenes of postcoloniality. Au Sow-Yee uses a set of keywords as narrative threads for her ongoing project, The Extreme Journey of Perwira and the Calm Sea: In 3 Acts, such as “Malay Tiger,” “The Amazing Harimau,” and “GPS System” etc., Au attempts to trace the image of the legendary Japanese intelligence agent, Tani Yutaka as a visual symbol reflecting the identities that different nationalities hitch onto him on different media, such as historical photos, propoganda films, and television shows. Through her practice, Au seeks to free history from the bipolar structure of the Cold War, reimagining the historical problems around Malaysia and its neighboring areas. Performance artist and poet Kathy Jetñil-Kijiner, who hails from the Marshall Islands, focuses on the area’s ecological changes, as well as the lasting effects of Cold War-era nuclear tests on its terrain. In her poem, Monster, the local legend of an infant-eating female demon, Mejenkwaad, and women who suffer miscarriages as a result of radiation poisioning become, formally and psychologically, points of cross-reference; using these, the artist searches for possibilies of healing and self-reconciliation for victims of trauma. Fang Di’s work-in-progress, Youth Dedicated to Bougainville, against the backdrop of an increasingly globalized political economy. Fang describes a Chinese’s businessperson’s fortuitous trip to the South Pacific island of Bougainville, where he becomes the honorary chieftain, establishes a financial sector and gets involved with local life on many different levels. Under the process of cultural exchange and the dynamics between this businesspeson and locals, local imagery gets started to mutate. The scholar Wang Qin’s review of Azuma Hiroki’s Philosophy of the Tourist helps introducing us to the Japanese philosopher’s insightful work. Azuma seeks to treat the “tourist” not as a “product” of market logic and the tourist industry, an anonymous figure reducible to statistics, but rather as containing present and future political possibilities.

In the beginning of this Issue, we invite independent curator, Shi Hantao, and writers btr and Wang Zhanhei to give their succinct but insightful analyzes of the complex relationship between travel, the production of images, and the psychology of the tourist from the angles of photography, film and literature. On the other hand, population movement has become extremely difficult in the epidemic era. While carrying out epidemic prevention and control measures, people have become bargaining chips in international politics, and suffering differential treatment and opposition between different communities and social classes is becoming increasingly fierce. The museum team conducted an internal dialogue to respond to this urgent issue.