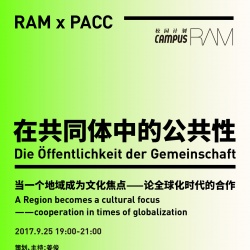 RAM Talk: A Region Becomes a Cultural Focus – Cooperation in Times of Globalization

As one of Europe’s most prosperous and vibrant economic bright spot, the region along the Rhine River in Germany has nurtured its own culture of art institutions since the mid-20th century. How has art been evolving in this region? 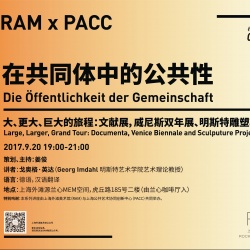 The Documenta 14, the Venice Biennale 2017 and the Sculpture Project Münster 2017 have evoked heated debates in the Western art community this summer. 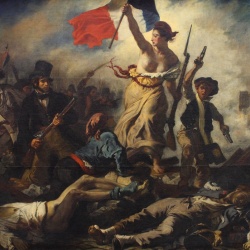 RAM Talk: The Multiple Facets of Modern Community: From the Protestant Reformation to the 20th Century

Unlike the start of secular society in China enabled by scholar-bureaucrats from the former military aristocracy class, the leading groups contributing to the secularization of the Western world were from clerical authorities and the emerging well-educated Humanist intellectuals. During the primary period of the formulation of modern community, when the new religious community cooperated and competed with humanists as well as the later Enlightenment supporters, spiritual construction played the