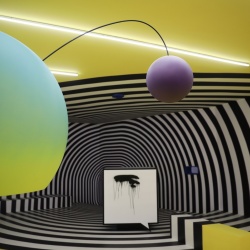 RAM Conversation: Tobias Rehberger: If you don’t use your eyes to see, you will use them to cry--Artist & Curators’ Talk