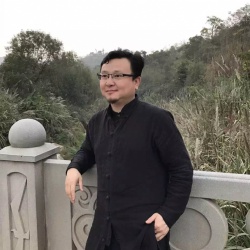 Liu Yuedi is Professor at Institute of Philosophy, Chinese Academy of Social Sciences, Visiting Scholar of Fulbright Program, Delegate-at-large of International Association for Aesthetics, Assistant Secretary-General of Chinese Society for Aesthetics, and Editorial Board Member of Comparative Philosophy. His publications include: Performing Life Aesthetics, The History of Analytic Aesthetics, Contemporary Art Theory, Aesthetics in Everyday Life, After the End of Art, The History of Visual Aesthetics, Contemporary Studies of Chinese Aesthetics, Boundless Sceneries, The World is Flat and Beautiful, Subversive Strategies in Contemporary Chinese Art (Brill, 2011), The Aesthetics of Everyday Life: East and West (Cambridge Scholars, 2014), and Living Aesthetics and Art Experience (awarded as the Original Book of the “Three Hundreds”). He is also the main editor of three well-known book series, namely, “Series of Aesthetics and Art”, “Series of Aesthetics and Art Studies” and “Series of Aesthetics of Everyday Life” as well as a book Interviews with International Aestheticians. In addition, he translated five books including Lectures and Conversations on Aesthetics, Psychology and Religious Belief by Ludwig Wittgenstein and Art and its Objects by Richard Wollheim, published more than ten papers written in English in Journal of East-West Thinking and curated art exhibitions in galleries and museums including the National Art Museum of China.