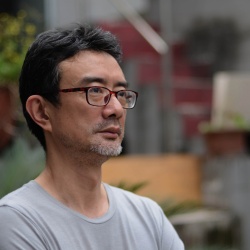 Born in the 1960s, Zhao Chuan's works across visual art, theater, and literature, and also involved in art criticism and curatorial work. He created alternative and socially engaged theatre, is the founding member of Shanghai based theatre collective Grass Stage since 2005.

Their work devote to the promotion of new social theatre movement and the creation of non-profit public space for intellectual exchange. These works including: Wild Seeds series, a Social Theater Trilogy: World Factory, Madmen's Stories and The Little Society. He has been involved in many international art residencies, collaboration projects and teaching, and published over 10 different books in fiction, essay and art criticism, etc.