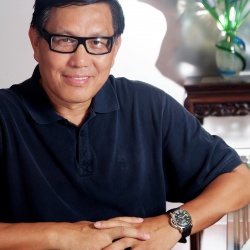 Wu Hong is the founder and director of the Center for the Art of East Asia at the University of Chicago, the Consulting Curator at the Smart Museum, and the Harrie A. Vanderstappen Distinguished Service Professor in Chinese Art History at the Department of Art History and the Department of East Asian Languages and Civilizations at that university. He is also an elected member of the American Academy of Art and Science.