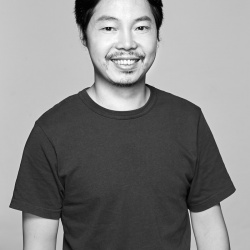 Changsha born Yang Xinguang graduated from The Central Academy of Fine Arts in China in 2007, and has since participated in various solo and group exhibitions in China and Hong Kong, including his recent solo exhibition “Yang Xinguang” at Beijing Commune in Beijing, China, and the solo exhibition “Immeasurably Fair” at Gallery EXIT in Hong Kong in 2013. The artist also participated in group exhibition such as “The System of Objects” at Minsheng Art Museum in Shanghai, China, and The 2nd “CAFAM Future Exhibition - Observer – Creator. The Reality Representative of Chinese Young Art” at CAFA Art Museum in Beijing, China, in 2015.

Yang Xinguang steps back from both descriptive work on everyday life and protest work in the realm of politics. Instead, his introspective works recall the discourses of both American minimalist sculpture in terms of their phenomenological relationship with the body of the spectator and arte povera in terms of their openness towards material and space. Yang Xinguang’s works often involve wood, earth, and stone as their primary materials. Despite the process-oriented nature of their production, the emphasis remains on a final, finished product.