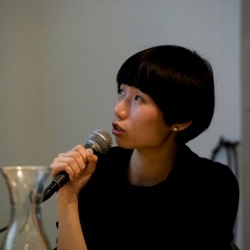 After receiving her MA in Comparative Literature at Fudan University, she maintains a complex professional identity ranging from journalism, editing, writing, criticism and curating to publication management. She was the founding editor of LEAP, a bilingual magazine on China contemporary art, where she left in 2012 as the acting editorial director. Since 2013, she starts to work in British art magazine ArtReview as Editorial Director Asia, and oversees its sister magazine ArtReview Asia since its inaugural issue. In the same year, she curated Yu Honglei’s third solo show ‘Everything Is Exremely Important: There Is Nothing That Will Never Come Back Again’ (Magician Space, Beijing). She currently lives and works in Shanghai.