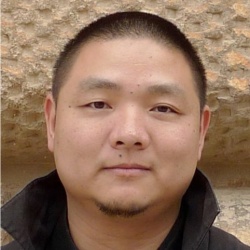 Lives and works in Shanghai, China

Xiangning Li is an assistant dean and director of international programs as well as a professor in history, theory and criticism at Tongji University College of Architecture and Urban Planning, Shanghai, China. He has published extensively on contemporary Chinese architecture and urbanism, including two books, The Real and the Imagined: An Analysis of Value Perspectives in Contemporary Urban Studies andUpdating China. Since 1999, Li has been a guest editor and frequent contributor to Time+Architecture, one of the leading architectural magazines in China.

He was a visiting scholar at MIT in 2006, and was a UFI fellow at MAK Center of Art and Architecture in Los Angeles and Erasmus Mundus visiting professor at TU Darmstadt, Germany, both in 2009. He has lectured widely, including at Harvard University, Princeton University, the University of Southern California, and the Canadian Center for Architecture.

Li served as a curatorial consultant for 2007 Shenzhen Biennale and 2008 Shanghai Biennale as well as the Shanghai EXPO Village’s public art program. He is the chief curator for the serial Sino-German forums and exhibitions sponsored by the Goethe Institute, Germany. He is also the curator of the 2010 Hainan Design Biennale and a co-curator of 2011 Shen zhen Biennale and Chengdu Biennale.