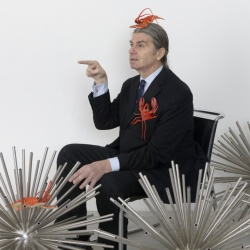 Born in 1948, Geneva, Switzerland, John Armleder has been defining figure across many different fields and discourses related to art through an influential career that has continually involved interchanging fluidly between the roles of painter, performance artist, sculptor, archivist, collector, curator, editor, and sometimes gallery owner. In 1969, he co-founded the group ECART (écart means “gap,” “interval,” “divergence” in French) in the spirit of the Fluxus movement. During the 1970s and 1980s, ECART were prolific as a bridge between Switzerland and the outside world, which involved a prolific output of multi-faceted activities and collaborations with a large number of leading artists of the era, including Joseph Beuys and Andy Warhol. Exhibitions and performances were participatory and experimental, created at a time with a strong collective desire to transform the world. The structure of ECART functioned as a hybrid alternating between functions as a publishing house, bookstore, and gallery, a pioneering model whose influence provided a vital blueprint for ideas still used in institutions and alternative spaces today. 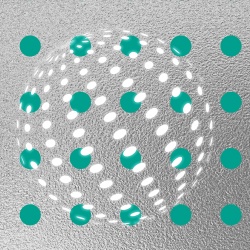