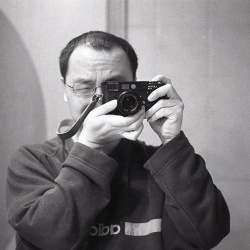 btr (born in 1974) is a writer, translator , book reviewer and film critic. He is now the editor of Chutzpah! , a literary bimonthly. He’s one of the five founding members of 2666 library in Shanghai as well as the literature curator of 2012 Get it Louder exhibition. He has published several books including “Shanghai, notes on City Life” (2003), “Fuxin Park”(2005, co-authored), “Do not pull down” (2012, co-authored) and “Vagus Nerve”(2013, short story collection).  He’s also the translator of Paul Auster’s memoir “The Invention of Solitude”(2008).