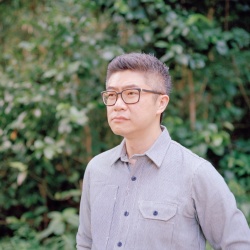 Lives and works in Singapore

Heman Chong (b. 1977, Muar) is an artist and writer whose work is located at the intersection between image, performance, situations and writing. His work continuously interrogates the many functions of the production of narratives in our everyday lives.

In 2014, he co-founded “Stationary'”with Christina Li. A collection of stories published by Spring Workshop, defined as a recess from their own practices, 'Stationary' invites artists, curators and writers to take stock, chart and elaborate on their obsessions, fascinations and influences within a suspended temporal moment. Copies of ‘Stationary’ are distributed free of charge via stationarystories.com