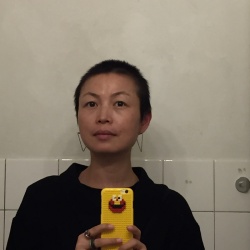 Wu Meng's work comprises theater, performance art, documentary film, and other genres. She is one of the founding members of important Chinese theatre collective Grass Stage since 2005.

Her own theatre work includes The Garden of Metamorphoses (2013), I'm Being Chased by Life (2015, 2016), The world is rolling in my life (2016), among others. Her recent work revolves around the connections between history and individual life, and the possibilities of dialogue therein.

Her solo works have been presented in art projects and festivals such as The Wuzhen Theatre Festival (2015), Shanghai Minsheng Art Museum (2016), Ming Contemporary Art Museum (2017). Her co-directed documentary film, Shanghai Youth, was selected as one of the top ten documentaries in the Chinese Independent Documentary Exhibition (2014).